As a medical student or as a doctor, I was never taught nor did I study about War injuries, their implications or the principles of their management. We grew up and learnt medicine and surgery during peaceful times when these were not seen. The initial exposure to these gruesome circumstances was dreadful and horrendous. It was my duty to attend to these casualties as they were brought to hospital.

Suddenly one morning in July 1985 a landmine buried on the main road between Polonnaruwa and Batticaloa was exploded by the terrorists at a point called Punani as an army jeep carrying six soldiers passed over it.  The six victims of a landmine blast were brought to the Polonnaruwa Hospital. They were soldiers of the Sinha Regiment of the Sri Lanka Army. Three were dead on admission with mutilated bodies. The others had major injuries. It was my duty to do something that I’ve never even seen done. The typical surgical educational quip is see one, do one, teach one but I hadn’t even seen one. I treated the three soldiers who were injured. Following the basic principles of surgery I knew I had to save life first and then save the limb afterwards. I attended to them to the best of my ability with the basic facilities and staff that were available to me.

This was just the beginning. With time, there was more and more violence and more casualties being admitted to the hospital. We had to be prepared as a team to attend to any number and any type of casualty that was brought in. My staff at the hospital gave me full support. We learnt about Triage, which is the sorting of casualties and their treatment according to the severity of the injury. We also learnt how to attend to mass casualties. Being the most senior doctor there at that time I was the Triage Officer and I had to decide the priorities of care.

The explosion of bombs caused mutilating injuries and devastation. Many casualties were admitted simultaneously. Some were in a state of shock, others were dead on admission. There were also victims with burns caused by the heat generated by the explosion. These were extensive burns and the patients were admitted in a state of shock, requiring urgent and active resuscitation. Shrapnel incorporated in the explosive device or those from the surrounding areas like pieces of glass, wood, brick, masonry etc, caused penetrating injuries of the body affecting the head, trunk and the limbs; These, too, required urgent surgery.

The management of war injuries at this Base Hospital was a learning experience. It was a case of learning on the job and also educating myself and others in my team about the correct management of these injuries. But how? There were no computers, internet leave alone smart phones or a reference library. I had to get back to the book shelf at the library 240 Km away in Colombo and reach out to books and articles on war injuries. I learnt the correct techniques that should be employed in managing these injuries. This no doubt added to my surgical experience which I would not have gathered in any other hospital except in a hospital treating war casualties.

Please feel free to share story this with your friends :

IN THE LINE OF DUTY I BY GAMINI GOONETILLEKE 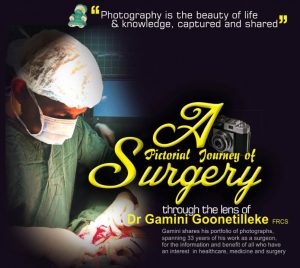 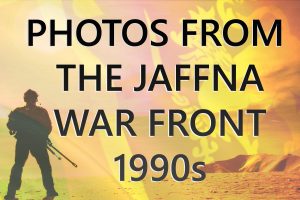 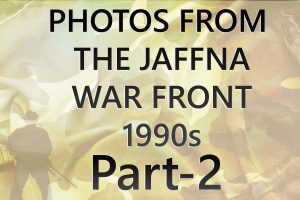 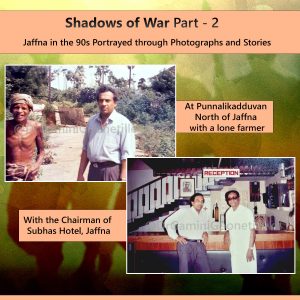 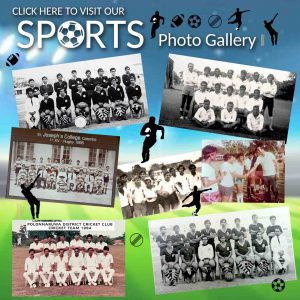